“Increasing globalization, migration and a growing percentage of those who identify as 'nones' raise new questions and highlight the need for multidisciplinary research on the place and role of religion in society at the individual, group and institutional levels.“ 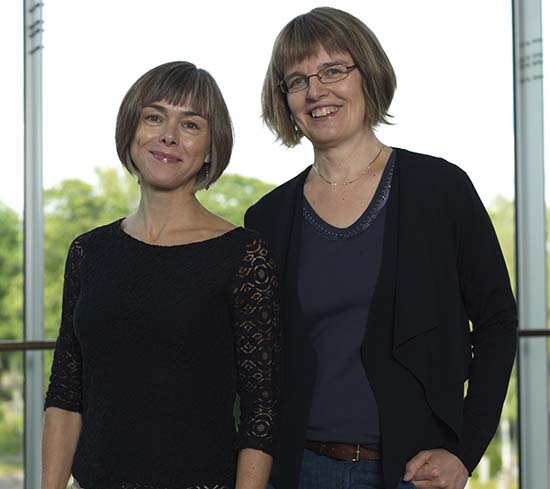 The aim of the theme is to provide a nuanced and critical analysis of the forms and conditions through which religion becomes visible in contemporary Sweden. How can this increased visibility of religion in public spheres such as the media and politics be explained, and what are the implications for handling social diversity, forming social identities and developing democracy? Studies of youth and gender are key to understanding changes in values and religiosity, as well as negotiations of boundaries between religious and secular, private and public spheres and identities. Comparative studies across Northern Europe are an important part of this analysis.

Constructions of Religion and the Secular in Contemporary Swedish Public Debate

For most of the 20th century religion has been marginalized as a research topic in social sciences, sociology, media studies and political science. However, the assumption that increased modernisation would lead to the disappearance of religion as a socially significant factor has, over the past 20 years, been increasingly reconsidered.

Even though Sweden is considered to be one of the most secularised countries in the world, religion persists as an issue of social and political importance, albeit in new arenas and under different circumstances than earlier in history.

Religious beliefs, values and practices are a key part of individual and social identity and instrumental in the articulation of cultural and political values. Bringing religion back into studies of social change is crucial for understanding current challenges of cultural and religious complexity, the intensified mediatization of social interaction, and the implications of ongoing changes in state and political government.

Studies carried out within in the theme have revealed a number of new and challenging research questions, and shown the importance of analysing these in the interplay between legal, political and media discourses in Swedish public debates. A key issue here regards the construction and negotiation of boundaries between ‘religious’ and ‘secular’ values and identities.

A related research question is how religious expressions in public space (such as symbols, artefacts and claims) are thematised and enacted through public service media and further articulated in social interaction, both as objects of conflict and as resources used to handle tension.

Researchers in the theme are exploring how religiosity can serve as a resource or limitation in young people’s everyday lives and development, with particular focus on existential health, religious literacy, media and civic participation.

A related area is the analysis of Christian, Muslim and Jewish women’s and Jewish trans-persons ways of performing religion in everyday life as links between private and public, religious and secular spheres and as a key part of the process of transmitting and transforming religion.

Finally, a prioritised area is how Swedish society handles religious diversity through analysis of the current trend where ‘government’ by state authorities is replaced by, or exist alongside with new forms of ‘governance’ enacted by voluntary, semi-public or individual actors.