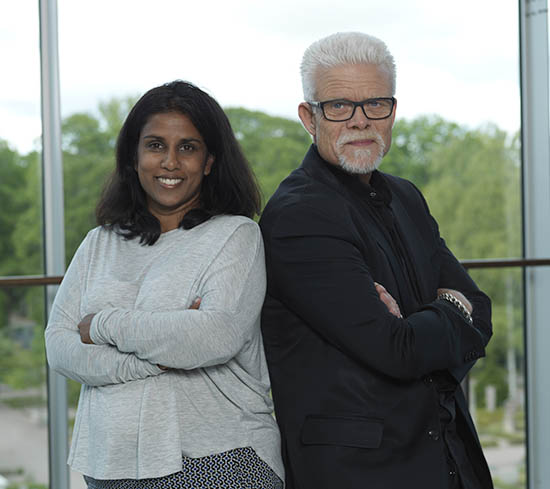 Aim: Increased religious and cultural diversity in Sweden and other Western countries has been related to concerns regarding democracy and the rule of law. New challenges for integrity and human rights can also be related to securitization and “war on terror”. Therefore, the aim is to understand better the complex relationships between religion, human rights, democracy and national security.

Islamophobia, Stigmatised Minorities and Muslim Participation in the Political Life of Sweden

Religion and Freedom of Expression

Sweden is, as well as many Western countries, a heterogeneous society in regard to ethnicity, religion and culture. The research in the theme addresses the challenges and oppor tunities that this implies for a democratic and civil society.

Sweden is often described as one of the most secular countries in the world. However, this assumption can be questioned in various ways. Research carried out within the theme shows that legislation in Sweden in different ways is and has been, influenced by religion. Regulations concerning migration, discrimination, hate speech and freedom of religion are some examples where notions of religion are actualized. This makes it important to study how religion is constructed in different contexts and by whom. One current study within the theme deals with political culture and the construction of religion and the secular. Another project studies the intersections of religion, racism and violence through analysing the worldview of lone wolf assassins.

Studies carried out within in the theme have revealed a number of new and challenging results and new questions regarding religions, culture, nation, and identity in terms of power. Studies have also scrutinized the complex intersectionality between different constitutional rights, for example freedom of religion and freedom of speech, and other studies regarding positive and negative freedoms in a contemporary political culture have been achieved.

The historical roots of Islamophobia and the construction of an anti-muslim regime of knowledge following the end of the Cold War is another question that has been studied
within the theme. Studies conducted by researchers within the theme regarding secularism show how secularism has become a political category unifying the political left and right in a re-articulation of a French nationalism, thought to be under threat by “Muslim others”.

Central topics in contemporary society and also in the theme are questions related to migration. This concerns for example migration law and asylum law in particular, but also questions concerning citizenship, democratic values, human rights and equal treatment.

At European level, one study within the theme deals with the right wing populist laïceté movement in France and another study addresses questions about religion, national identity and European values in the European Union. Another current research area that is addressed within the theme concern young people’s attitudes toward religion and human rights. Another project examines how school teachers deal with what is culturally understood as “sensitive issues” within the subject Religious Education as a way of understanding the changing role of religion in the public sphere.

Some of the projects within the theme are carried out in relation to and in cooperation with larger national and international research networks while others are smaller projects conducted by single researchers.